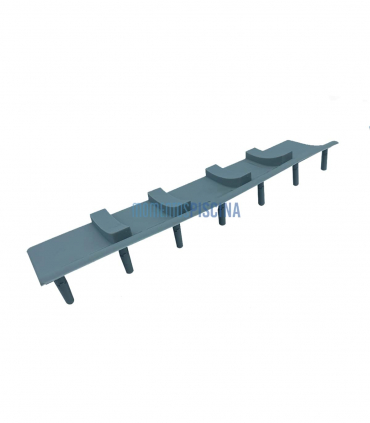 All Dolphin spare parts are important for a correct operation of the robot, that's why we have the original spare parts to guarantee the maximum performance and an impeccable cleaning of the pool.

The 9985280 non-return valve is a drainage flap, whose function is to empty the water from the robot when it is removed from the pool. It is located at the bottom rear of the cleaner.

It replaces the fin in bad condition by an original Dolphin spare part and recovers the correct operation and maximum performance of the pool robot.

The 9985280 non-return flap is compatible with Dolphin models:

Sign in
This website uses cookies to optimize your browsing, adapt to your preferences and perform analytical tasks. By continuing browsing, you accept its use. For more information press here .
Accept